The Police service at the Domeabra District Command in the Ashanti Region have begun investigations into circumstances that led to the death of two minors who drowned in a water tank around an uncompleted structure at Doamebra.

The police say their outfit received the report on Thursday 4th November 2021 where they followed up to confirm the death of the two minors.

According to the police, the children have been identified as 3-year-old Blessing Boateng, and 4-year-old Lukman Yussif. 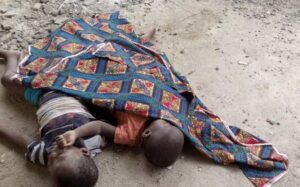 Their bodies have been conveyed to the Emena Hospital morgue, awaiting autopsy

Speaking to Citi News, the Domeabra District Police Commander, ASP Timothy Nti disclosed that, they are conducting investigations to ascertain whether they were killed and dumped in the water tank or, they indeed got drowned.

“When we got there at Domeabra near the Pentecost Church, two children, aged 3 and 4 years, were seen already removed from the water tank. On examination, we realized that the children were already dead. The names were given as Blessing Boateng and Lukman Yussif.  Police carried the bodies to Emana hospital for preservation and autopsy and further inquiries.”

“The parents of the deceased were not met at the scene, so they were asked to report today  for further instruction. As we speak, the detective has gone to the court to see the magistrate to sign the coroner’s form to allow the doctor to perform the postmortem and give us the report and the cause of death so that the police can go ahead with investigation,” he said.