38 year old Edzordzi and wife Cynthia Mawuttor were soliciting for funds to pay their medical expenses after being trapped in an inferno when news reached us that he had passed on.

According to the doctor’s report, at the Tema General Hospital, total expenses would cost about GHS12,000.00 with a transfer to the burnt unit at the Korle-Bu Teachijg Hospital.

The couple who lived in Dawenya, a town in the Tema Metropolis in the Greater Accra region, were allegedly set ablaze on purpose by their debtor. 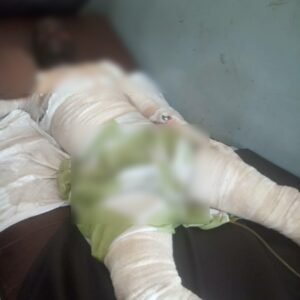 Earlier, according to the couple, he set the house on fire because he owed them 50 cedis. Their 13-year-old son, Prince Ametor who was away when the house was set on fire has been left in care of aunties in Ashaiman in Accra. 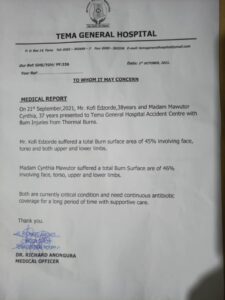 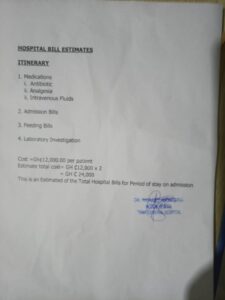 The suspect, (name withheld) as however been arrested by the Police .
They are calling on all and sundry to come to their aid.