The long wait for the 2020/2021 knockout stages of Europe’s elite football competition, UEFA Champions League came to an end on Tuesday, 16th February 2021.

The round was made up of the first and second-placed teams of various groups in the group stages to battle for the ultimate prize in club football competition.  The day set for the most talked about game, Barcelona against PSG finally came with both teams poised to show the world what they are made of. This particular fixture has produced some unforgettable moments over the years and promises to bring some more exciting performances.

The long awaited time came for both teams to show bragging rights on the field of play with some world-class players like the “GOAT” Lionel Messi and Kylian Mbappe. Most football fans tagged the game as the “PAST Vs FUTURE” and after 90 minutes of football, the “FUTURE” came on top.

Barcelona took the lead on the 27th minute from the penalty spot through Messi after Frenkie de Jong was fouled in the area.  The game looked to go in favor of the host but the visitors had their game plan and played according to plan despite going behind.  PSG equalized 5 minutes after going behind through Mbappe and the game looked to go the visitors way after that.

Both teams went into the break with a goal each.  PSG started the 2nd half on the front foot and their dominance paid off with another strike the teenager, Mbappe.  The visitors were the better side on the day and made use of their chances with third and fourth goals from Moise Kean and Mbappe respectively. Just like two seasons ago, PSG will go into the 2nd leg with the advantage.  It ended Barcelona 1-4 PSG 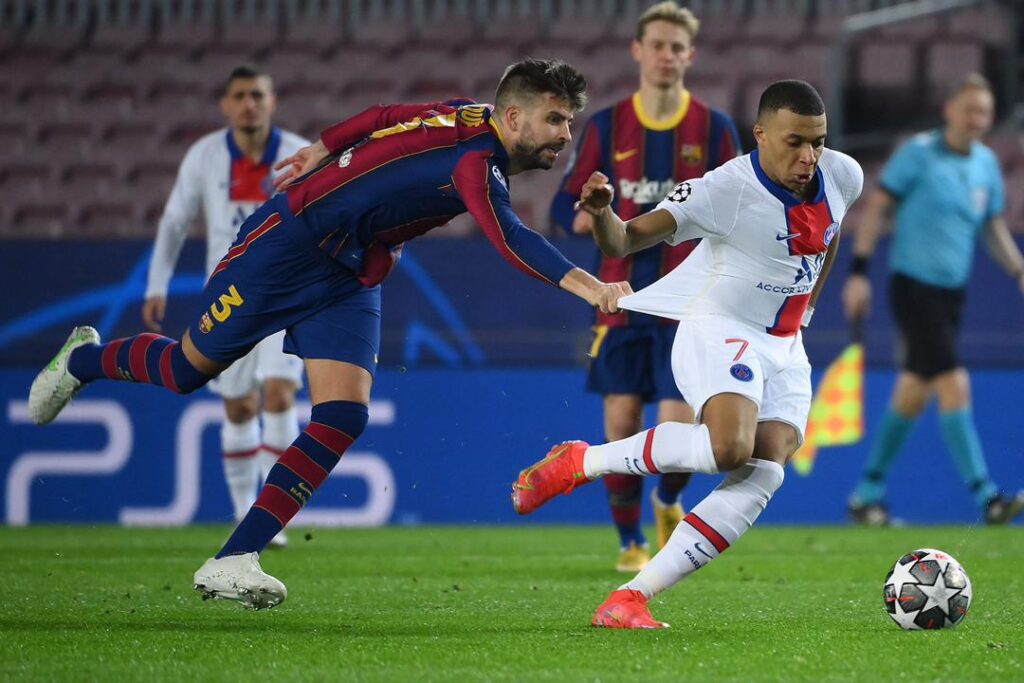 Another game which took place on the night was between 2018/19 champions, Liverpool and RB Leipzig. With Liverpool struggling for points in the Premier League, the host Leipzig was aiming to take advantage of the poor run of Former champions, Liverpool but Klopp’s men had other plans to prove they were once champions. The first half ended goalless with both teams lacking a cutting edge in front of goal.  The tie came live in the second half with Mo Salah putting the premier league side ahead 8 minutes after the break. Klopp’s men looked comfortable after getting the all-important away goal. The Reds got the cushion goal through Sadio Mane to seal the game and go back to Anfield ahead in the return leg with a two-goal advantage. The game ended RB Leipzig 0-2 Liverpool. 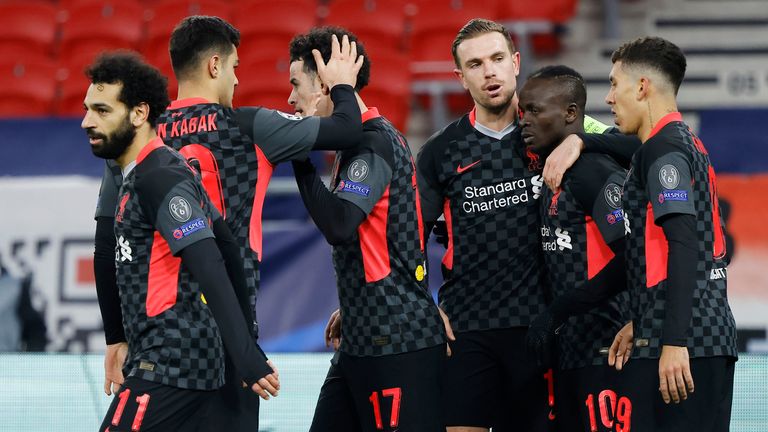 Liverpool players after their second goal against RB Leipzig

Day two of the knockout round saw FC Porto welcome Juventus and Sevilla hosting Borussia Dortmund.  An impressive display from FC Porto in the group stages saw them in the knockout stages only to face one of the competition’s giants Juventus. With all odds against the Portuguese side, who won the competition in 2004,  went into the first Leg hoping to cause an upset which they did.  FC Porto took the lead in the first minute of the game after a poor display by the Juventus defense.  Mehdi Taremi got the Portuguese side on to a superb start.

Juventus dominated the game after going down looking for the equalizer but the expertise of Pepe in the heart of the Porto defense saw them win the first half  by that early opener.  Porto came out of the dressing room flying ones again resulting in another early goal in the 46th minute. The host looked compact at the back for almost the entire game but was finally broken down by the visitors in the 82nd minute.  Juventus looked like they would equalize in the dying minutes of the game when Cristiano Ronaldo was brought down in the penalty area but VAR saw nothing wrong with the challenge. The game ended 2-1 in favor of the host, Porto.  Juventus have the all-important away goal and would want to build on it in the 2nd Leg. 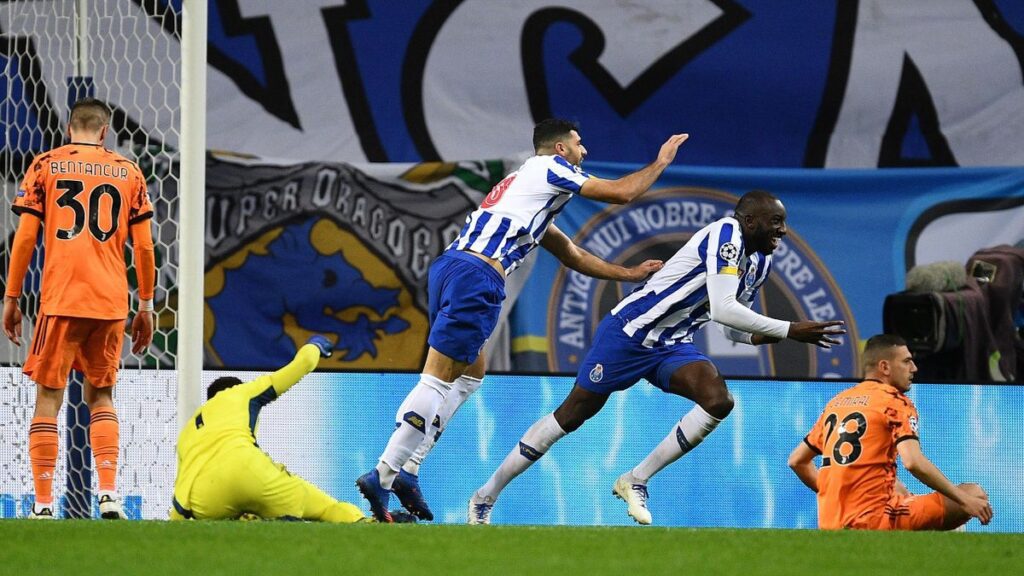 The final game of the match week saw two teams who have also struggled in the respective leagues in recent times and look to make a mark in the champions league.

Sevilla host Dortmund with both teams heavily dominated with some young talents. This fixture also got underway as the host took the lead in the early minutes of the game.  A deflected shot from Suso gave the host a bright start before Mahmoud Dahoud levelled things up for the visiting team, Dortmund with a superb strike from outside the box.  The German side then took the lead through Haaland who began the move with some one-two play with Sancho before finding the net. The game turned out to be a “Haaland Show” after he found the next again just before half time.  Dortmund went into the break 1-3 up. Sevilla on the other hand was not demoralized after the first half, they played some delightful football and got themselves another goal before the end of the game. it ended Sevilla 2-3 Dortmund. 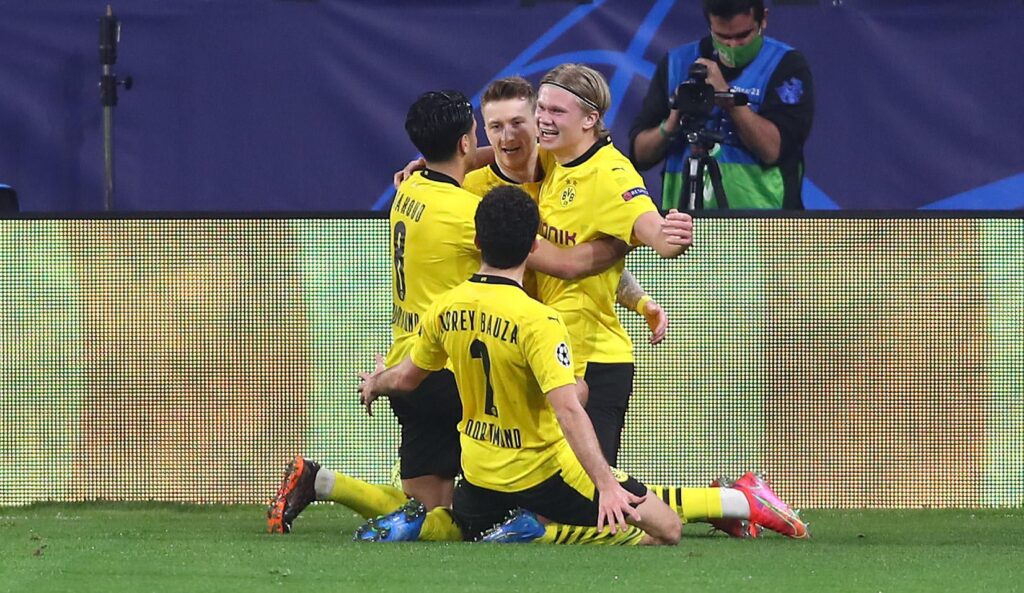 Dortmund coming from behind to beat Sevilla 3-2